Founder and CEO Craig Iley shares all about his journey to starting up Finance Nation. 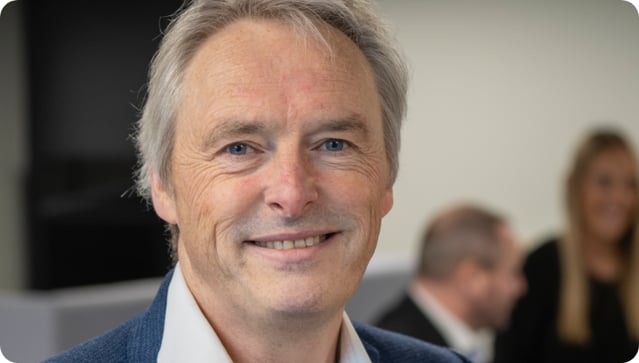 To be honest, there's nothing much I haven’t done in commercial banking.

You are more adaptable than you think, and people are much more helpful than you imagine.

I was born in the front bedroom of Middlesbrough’s now demolished 22 Windsor Street, on Good Friday 1964.

After starting behind the counter at TSB in the early 1980s, I rose through the ranks, taking on increasingly larger roles nationally. In those days, quickly identified as a rising star, my various roles included managing Birmingham credit teams that oversaw nearly a third of TSB’s business lending nationwide.

I stayed with the business – which merged with Lloyds in the mid-1990s – until 2005, when an opportunity arose with Alliance & Leicester. The banks had moved into residential mortgages in a big way, so the building societies decided they wanted to move into commercial lending and were recruiting people from the banks.

From here came Santander and Bilbao.

I’ve always had a deep admiration for SMEs (small and medium enterprises) and from that a clear understanding what they contribute to society.

SMEs create the wealth that the nation is built on, employ roughly half of the working population, create two-thirds of all jobs and are responsible for most of the education and innovation but most importantly they provide the social glue that many small communities depend upon.

But the way we treat businesses is one of the most shameful episodes in British banking. In 1988, roughly 40 per cent of all bank lending was to SMEs – it is close to four per cent now.

It was whilst on secondment to Bilbao in Northern Spain that as UK based Regional Director, I really began to put perspective on how commercial banking worked for SMEs in the UK and how things could be so much better if we opened our minds to new possibilities.

I learned an awful lot about how banking worked in another part of the world, and quickly realised that we had no monopoly on ideas. It was hard work though – you’ve never lived until you’ve had someone trying to explain complex treasury derivatives to you in Spanish when the only language you understand is English!

We have this view of Spain that everything is mañana, but they are very hardworking people,” continues Craig, who wrote a book about his trip – From the Boro to Bilbao.

Yet if anything about that came as a surprise, it was nothing on my next venture.

In 2013 I met financial services pioneer Anthony Thomson who had spearheaded Metro Bank’s launch to challenge the established elite and who was now keen to disrupt the market once again.

I just couldn't pass up Anthony's challenge - ‘do you want to build a bank? Of course, I did! Who wouldn’t? But to be honest, when I left the restaurant where we’d just lunched, I was wondering how I was going to explain this new career move to my wife when I got home”

So, in 2014 I became part of the team of six founders that established and launched Durham-based Atom Bank, the UK’s first digital-only lender that operated without any high street branches.

Six of us worked together in hotels on weekends to thrash out ideas; that was how Atom was born. I worked hard as the managing director of business banking at the financial trailblazer.

It showed me that you’ve got to embrace change - the digital revolution has nowhere near fulfilled its potential yet - a fact close to my heart when I went on to Bank North, an SME focused bank based in the Manchester, and now using the vast experience I’ve built to catalyse Finance Nation.

Having built two banks I came to the realisation that the supply side of the credit equation was not the whole problem and that there is a key piece of infrastructure missing in UK commercial finance. Writing another book- Shaking the Money Tree - helped me get my thoughts down on paper.

As founder and director of Finance Nation, I’m committed to plugging that gap and helping provide vital financial support to the country’s millions of SMEs.

Finance Nation will make it easier and faster for SMEs to access the right funding than ever before.

We've got some really exciting developments planned and it is going to take time to build our market share, but we have started the journey and I can’t wait to be able to share more.

Our business is to make it easier for your business to access the finance you need.

The complete guide to types of loans for investment properties

If you're looking for the types of loans for investment properties, finding a mortgage with a low rate is probably going to be near the top of your …

How a property investment broker can help grow your portfolio

Six ways to invest in property with no capital